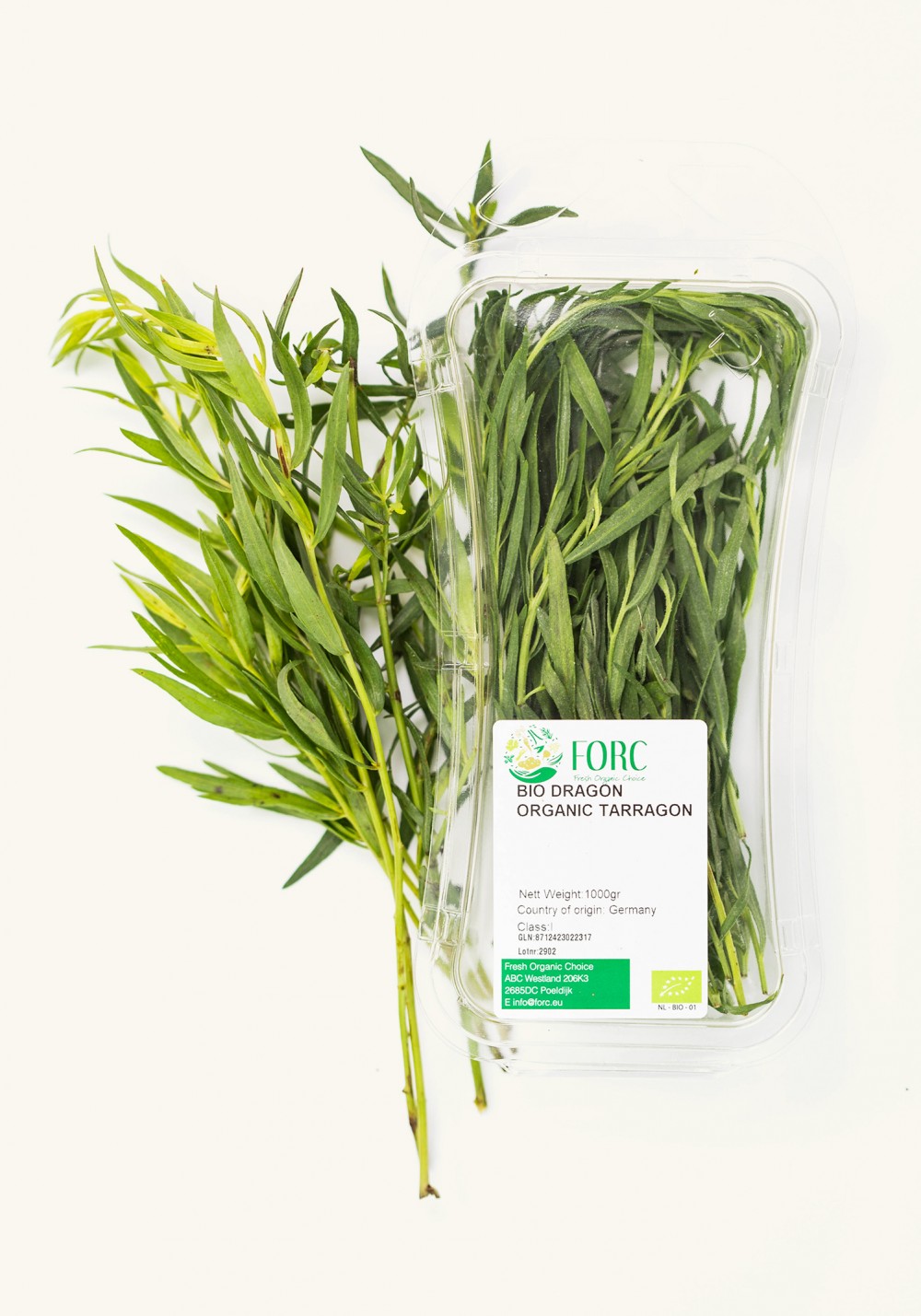 Tarragon (Artemisia dracunculus) is a perennial plant from the composites family

The species designation "dracunculus" in the botanical name means "little dragon". This would indicate the curled root and the shape of the leaves, which would have something like dragon tongues.